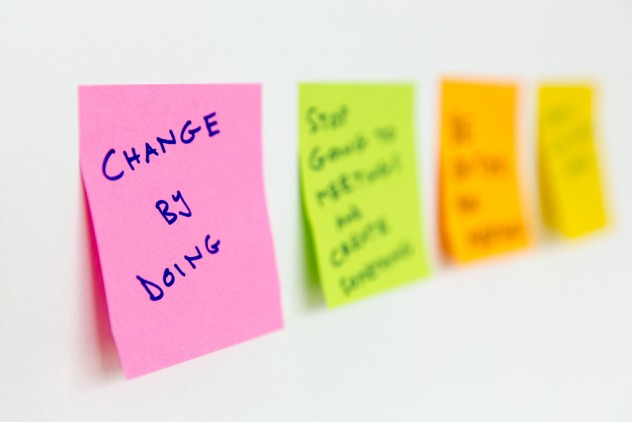 After seven years in ELT management I decided that I need to live the life that I want to live and not just continue doing what I had been doing for the last seven years, just because of the ‘conditions and status’,  or because that is what everybody expected me to do.  My resignation from the Open University surprised everybody, but for me it meant going back to teaching, to learning and to working directly with teenagers.

On 30 August I rolled up to the pre-teaching in-service day at my new school feeling both excited and nervous. Those feelings were personified two days later when I stood at the door of my first class, waiting for the students to stand. How would they perceive me? Would they behave? Would they understand me? Would they participate in the speaking tasks? How was I going to remember all of their names?  I was full of doubts, but as soon as I stepped into the room, greeted the class and started off with a ‘Getting to know you’ icebreaker, those initial doubts evaporated. I left the room feeling energized and excited to be back in my own classroom, after a seven year gap.

Since then I have had a few great lessons, many ordinary lessons and some less than good lessons. Following each lesson I reflect on what went well, what could I have done differently, and did I actually meet the learning aims that I had set? I often think to myself, if I were observing this class I might have asked the teacher why she corrected that particular mistake and interrupted the student’s fluency, or, why didn’t she scaffold the task better, or had she noticed that boy in the back row, who was on his phone under the desk, during most of the speaking task.

I used to think…. But now I think…

I used to think that if I am the best teacher I can be and plan my lessons really well, the students will respond accordingly. But I now think that this isn’t always enough.

I used to think that if I integrate technology effectively to enhance the learning outcomes, the students will be motivated and engaged. But I now think, that sometimes this is true, but quite often, it is not.

I used to think that through my teacher training I could have an impact on so many more students than I could in the classroom myself. But I now think that there is nothing more satisfying than engaging with the students themselves, in a large classroom, with all its challenges, and seeing everybody engaged and on task.

It is good to be back.